Worried About Letting Go Of Your Worries

Are you worried about letting go of your worries? If you let them go then what would you do? Maybe then you would have time to pursue life that you were destined to live. If you let go of today’s worries would you wait for another worry to come along tomorrow?

Why are you worried about many things? How often are we as mothers worried about what meal to make for dinner, what clothes to wear to the gala opening of your husband’s corporation, or what your kid is doing, especially ridiculous if he’s an adult. Or if you will have a job next week?

How often do you fret and worry over your bank account? Another day when red is your least favorite color as the balance dips under the line. You stoop over your kitchen sink. Where is the money going to come from for the next mortgage payment? Or the hydro bill is due, or there’s no gas in your car and you have to get to the school to pick up your sick kid. Your kid needs medicine again. What if there’s not enough to make this month’s car payment. They will repossess it for sure. What would the neighbors think? Nosy mama across the street will ask if it’s in the garage. Or worse. She will gawk as the re-posses guy hoists our minivan onto a flatbed! How embarrassing would that be?

Could you not just let it go and come away a while?

Supermoms of today are no different than Martha in the Bible. She worried about material things. Company was coming and she was stressed. With dust bunnies floating, the laundry basket overflowing, and dishes stacked a mile high in the sink. And her sister had moved in while her divorce was going through and before she found her own housing. How could she be calm? Martha was angry at her sister. Why doesn’t she worry with me? No. She could at least set the table. 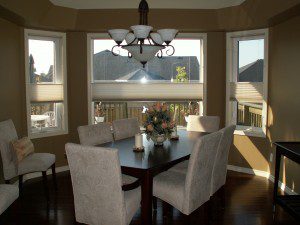 She joined the divorce support group and worked her program in order to remain calm and sane. After all that’s she’s been through lately reading and meditating on the Word gave her strength. Her relationship with the Lord was her lifeline. Could she live without it? No. With the mistakes she’s made in her marriage and with her family, she now found the best part of all. Desperation had led her to find a new way to live. It was life or death. She had to let go of the past. The freedom she now experienced could not compare to anything she had before. She had spent all her money on therapy and legal costs. She was broke but at peace. She was safe now. Worry no longer dominated her thoughts.

Her sister despised her for many reasons

Mary had no time to help with all the extra chores that her sister expected her to do. Martha was a perfectionist who wanted her house showcased in magazines, especially when company was coming. It was her way of doing things. Her sister had OCD for sure. Why would she be obsessive about external things? Mary loved her sister even when she was angry at her.

What can she do? She couldn’t change her sister. She could only change herself. Mary had experienced enough pain in her life. She made a choice to let go of worries.

Martha worried about many things. Mary chose to learn a better way.

The Bible version of the story of Martha and Mary can be found in Luke 10:38-41.

What things are you worried about? How did you find a better way when worries filled your thoughts?