Last night I was privileged to attend the 7th Annual Teen Challenge Golf Fundraising Dinner at Whitewater Golf Club in Thunder Bay, Ontario. I have participated in this fundraiser by golfing for the past six years. Now I was an observer only.

This year I nominated my husband to take my place due to some back problems I am having. It was his first, and maybe his last? It truly was a labour of love for someone who hardly ever opens his dinosaur golf bag. It really is a marathon with 36 holes! He completed 18 of them in the slushy wet conditions of the rainy morning. It’s only the die-heart golfers that will plough through rain or shine or maybe not? I, however, was thankful that God had dealt delicately with me every year by providing sunshine and beautiful scenery, and a few experienced female golfers.

This year this event raised $50,050 surpassing goals set by the leaders. Totally a grand slam! According to the Whitewater Golf Club staff, this tournament ranked 4th in amount of funds raised by any other event in Thunder Bay. The others were only few thousand dollars more. What really is more amazing is that there were only 28 golfers!

Teen Challenge is a faith-based rehab for those suffering from addiction to chemical substances, whether alcohol or drugs. It is based on the discipleship principle of following Christ. The Mission Statement states, “Develop and nurture the transformation of restored individuals into useful, productive, law-abiding citizens by creating a framework that challenges them to reach their fullest potential in all areas of life.”

Since Teen Challenge does not receive any government assistance, they are funded by private donations from individuals, churches, businesses, and fundraisers. The Golf Tournament is one of the highlights of the summer fundraising.

I want to correct a myth about Teen Challenge. It is not meant for teenagers only! There are teenagers going through the program, but men and women of any age have graduated from the program, even seniors. The name has remained the same for over 50 years when David Wilkerson started the organization in New York for troubled youth.

All the hard work of fundraising paid off for both of us. Last year my name was drawn for the prize of a 50” TruSlim Frame LG TV from Future Shop. This year my husband won another one. I thank the dozens of businesses that donate prizes to this event every year. Future Shop is always donating so many technology items. One year I won an iPod dock. My husband won the only booby prize….a Starbucks coffee maker, coffee and two mugs! He is always honest about everything so it flows right into the golf score keeping. I love him for his integrity and signature smile! What else can I say!

She who laughs at another one’s flaws, will surely find them in herself! I have to confess, the first year I golfed I, too, won the booby prize with the highest score! I forget what prize I received, but I was oblivious to the fact at the time! Since that time, I’ve never been awarded this kind of award, although it would have made for more coffee at Starbucks! I will stick to Tim Hortons, it’s cheaper! 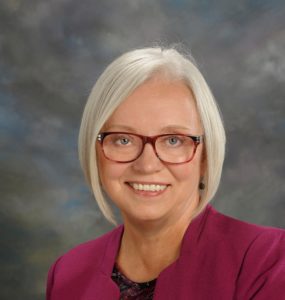