Thinking outside the box is not for everyone, only the brave and courageous take risks. Have you ever been in a situation where you needed to step across the boundaries, and take a stand? Words have power and create solutions in the atmosphere, but once they turn to action the consequences become visible to others.

And the day came when the risk to remain tight in a bud was more painful than the risk it took to blossom. Anais Nin

We can have all kinds of opinions and viewpoints on social media, but are we willing to act on an issue, or do we have the capacity to do something about it? Are we willing to receive criticism? Are we risk takers?

Not a big risk taker

If you’re like me, then you’re probably ]not a big risk taker, and would have difficulty coloring outside the box. When my granddaughter was younger, she colored inside the lines. Then she drew her own lines and created beautiful art on a blank canvas. 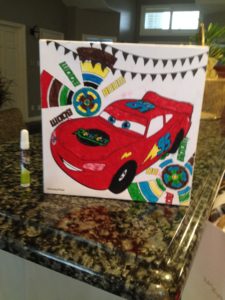 I’ve been a rule follower and a color-inside-lines kind of girl. It’s difficult to step over the boundary line or the normal. They say there’s nothing new under the sun and everything that has been created is already done. That kind of thinking confines us inside the box.

Here’s a story of outside-the-box-thinking when it comes to drug addicts and crime.

The Police Chief of Gloucester started out on Facebook about his opinions on the drug war. He not only wrote a rant about it but went further. Addicts were arrested and locked up only to return again and again. He came up with an idea. Help them! Da. A start in the right direction. But how?

He colored outside the lines and instituted a revolutionary program in his police department to direct addicts to rehab instead of jail.[tweetshare tweet=”Outside-the-box thinking takes courage but it’s worth it if it changes a life for the better.” username=”www.twitter.com/prytkonen”]

Anyone who walks into the police station wanting help will get help….not later but right on the spot. The catch. The addict must want the help immediately, and if they bring their drug paraphernalia and drugs, they will be sent to rehab. On top of all this, the addict will not be charged and their record stays clean. Who would not jump at this opportunity? A sick person may or may not want it. Some will take it.

The thing that triggered this post is that not everyone is happy that the Police Chief has become a social activist as well as a law enforcer. From what I’ve read, it seems that it’s working and many other police departments across the nation are adopting similar programs, and many more addicts are saved from premature death. Because the nature of opiate addiction is so complex people who don’t understand will criticize it, instead of applauding it. Read it here in the New York Times.

Anything that helps one more family have hope for recovery is worth it because every life matters. Apparently it costs more to process an arrest than it does to find a treatment facility for an addict. So why wouldn’t the police department go with the lesser cost? The ripple effects of this type of policing are huge at so many levels, but the main benefit is that families have a chance at recovery. Why? It’s a family disease where everyone suffers.

Every program has its critics but when something works and saves lives, why not? I know that sending addicts to rehab instead of jail is done in Canada to some extent. (e.g. Teen Challenge)

Draw your picture. Take a risk. Color it, but allow yourself to reach beyond the lines. Adult coloring books, the brainchild of some outside-the-box thinkers, are popular today….start there. While you do it you might start thinking outside the box, too. 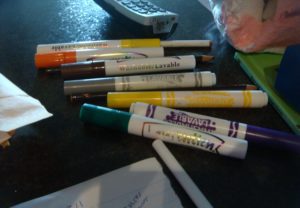